Kept you waiting, huh (Metal Gear Solid reference)?  Well, I apologize for that.  I want to make sure that when I post something, it’s worth it.

On Thursday, I attended the music video screening of a local band called The Broken Thumbs.  I’m sure many of us have heard at least one band and said to ourselves, “damn, they need to be discovered”.  This band is exactly that, and I’m pretty confident that they will be.  The screening was for their new music video, “Oxygen”, which to me, was screaming end of movie credit song.  “It would be perfect for that,” I thought to myself, but let’s gather your thoughts.  Think The Broken Thumbs have a shot?  Think “Oxygen” could have a spot on a movie soundtrack?
Wait until the chorus picks up….OMG that rocks!!! 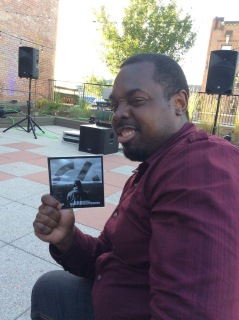 I had to support.  Great group of guys

This site uses Akismet to reduce spam. Learn how your comment data is processed.